Midtown Madness has awesome colors and graphics. You have a choice of several vehicles, ranging from hotrods to city buses. Each vehicle has a unique feel to it in terms of speed and handling and, importantly, survivability. For instance, the hotrod handles well, has great acceleration, and bursts into flames [not literally] after just a few dings. The bus, on the other hand, handles like, well, a bus, but it can plow its way through traffic with just a few dents to show for it.

The time trials are hard, but the races are insane. Vehicle durability is a considerable factor, as this is one of those racers where you’ll be shoving your way between cars at stoplights and taking out street lamps while still having a chance to win. Racer AIs, while predictable, are cutthroat and will take you out in a pileup rather than play it safe/smart. The time trials are a bit easier because the environmental traffic is scripted rather than reactive [a big difference from GTA]. Of course, this leads to some weird scenarios where a car is scripted to swerve out of the way, assuming that you’ll be driving in into oncoming traffic, only to plow right into you when you stay in your lane. And expect to have plenty of cars turn left in front of you.

Pedestrians are reactive, and will dive out of the way when you get close; GTA sadists may be disappointed that you can’t actually squash anyone, but it’s a nice environmental touch. 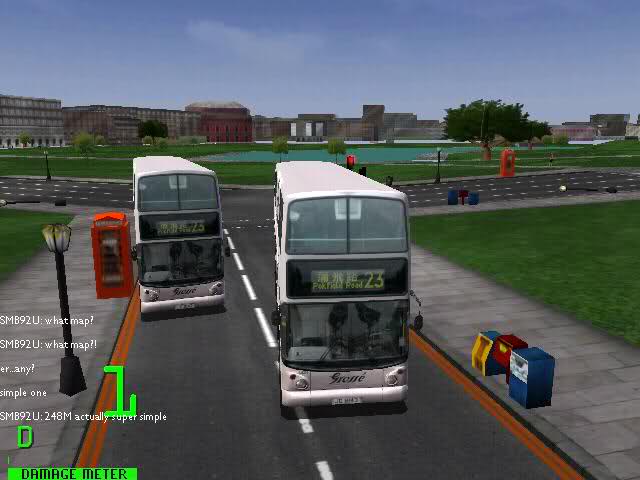 While there are unlockables in Midtown Madness, the lack of a story or career mode might put some gamers off. And like many driving games, the lack of force-feedback means under and oversteering will almost always be an issue on courses that require high precision driving.